Brain games are touted as a workout for the mind as well as being fun. But is it true that there are benefits to these games for seniors?

We believe that there are and we’ve got some great reasons why seniors should play brain games, check them out.

This is the best reason to play brain games, they’re fun. And as we do progressively better at brain games, we feel smarter. That’s never a bad thing.

Play is one of the best things about being human and it’s something we often lose during our working years as it’s seen as “childish”.

But it’s why children always seem to be happy even in the worst situations, whereas adults often look miserable in the best of circumstances and much of that is because they’ve forgotten how to play.

Brain games help you relearn this.

Boredom isn’t always a bad thing. In fact, many suggest that people in modern life could do with learning how to be bored.

However, many seniors, particularly those who have retired, find themselve with a lot of time on their hands. Brain games are a great way to fill that time and they’re not an expensive hobby.

Neuroplasticity refers to the idea that when we play brain games, we’re training our brains to think differently and make different connections.

These changes are not just “mental” but also physical. Our brains literally rewire themselves when we’re learning new things.

And this leads to “neuroplasticity”, that is our brains are more capable of bending and shaping our thoughts. Cool, right?

Neuroplasticity also leads to better mental performance. If you remember the kid at school who found doing their times tables easy? They were probably pretty good at other mental feats too.

The more we improve our ability to make connections easily, the better we become at thinking, in general.

You can’t turn yourself into a genius, unless you were one already, but you can certainly make life easier by playing brain games.

May Help Improve Your Memory

Now, this is important. The evidence is not yet clear as to whether brain games can help you improve your memory, generally, though many assert that it must.

What we do know is that the more you play a specific brain game, the better your memory of that game becomes.

You can then take this skill of rote learning (doing something over and over again) and apply it to any other thing that you want to remember better.

The jury is definitely out on this. There is a ton of research into helping prevent age-related cognitive decline and some of it suggests that brain games and other forms of mental workout can help reduce this decline.

However, there’s also plenty of research that is not so conclusive. This is going to be one of those things that scientists argue about for a while into the future.

One thing that is clear though? It certainly can’t harm your brain to play brain games and thus, you might want to give them a go for the possibility of the benefits.

May Help Ward Off Alzheimer’s Disease

Similar to cognitive decline, the jury is out on whether brain games help delay or prevent Alzheimer’s.

Many scientists suggest that the brain is like a muscle and the more you work it out? The better health it’s likely to be in. That sounds about right to us but it’s not a proven fact, yet.

But it can’t hurt to try.

If you find a brain game that mimics a specific skill that you want to develop in the real world, it will certainly help you do that.

For example, flashcard games can be brilliant for learning new languages.

They Can, When Done With Others, Alleviate Feelings Of Loneliness

You don’t have to play brain games on your own. If you play them with others, you will feel less lonely.

And there’s a ton of research that suggests loneliness is as bad for us as smoking. So, go out and make some friends and play brain games together, it’s good for you.

So, there you have it, some awesome reasons why seniors should play brain games.

The good news is that brain games can be found for low (or no) cost and are accessible to everyone.

Why not get started today by Googling for some games you can play?

If you’re looking for other ways to keep your mind sharp why not take up a hobby and make money at it? Or get a stress-free job or a well-paid retirement job to keep your brain active. 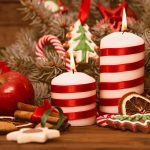 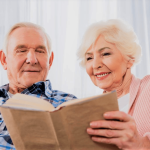 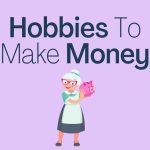 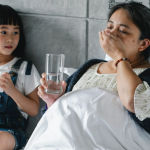 6 Best and Worst Multivitamins for Seniors 2021